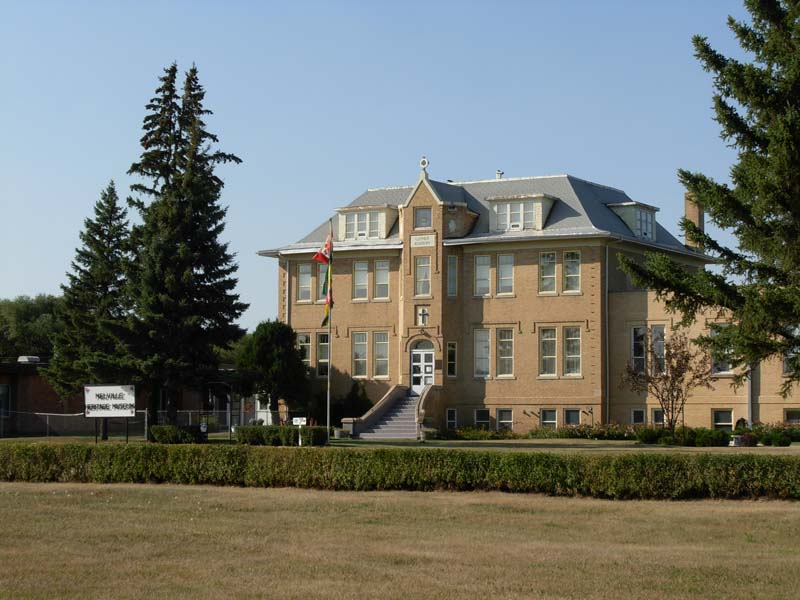 History buffs visiting Melville will certainly want to add the Melville Heritage Museum to their itinerary. The Heritage Museum is one of the oldest buildings in Melville, having been built in collegiate gothic style of buff-coloured brick in 1913 as the Luther Academy. This building housed the Academy until 1926 when the Academy moved to Regina. At that time it became the St. Paul’s Home for Age & Orphans. The first museum board was formed in 1975 and the City of Melville declared the building a Heritage Site in 1981 with the grand opening of the Heritage Museum being held in 1983 in conjunction with the city’s 75th birthday.

The Museum seeks to portray the ethnic diversity that is found in Melville and area, and to preserve the history of early Lutheran education in our province.

The Heritage Museum presently contains about 4000 exhibits with about 1000 books including textbooks in German, English, Greek, Ukrainian and Latin. The 22 rooms of exhibits span three floors of the building. Artifacts and histories of local, provincial and national interest which include Chapel, Library, Grand Trunk Pacific/CNR, Military and Sports History, over 100 original black and white framed photographs depicting Melville’s first quarter century as well as murals and a gift shop.

The Heritage Museum is located 1.3 km North of No.10 Highway overpass and has limited wheel chair access.

Book Your Stay at Cozy Nest!

View our Rates and Policies Choose your beginning and ending date below, then fill out the form. Upon receipt of your booking, we will contact you for confirmation and payment.